In a video, the celebrated instrumentalist is seen performing to a huge crowd at a concert and as he bends down, his trouser rips at the back.

In a recap of the performance, band member Willis Chimano laughs at the wardrobe malfunction as the guitarist displays his torn costume. 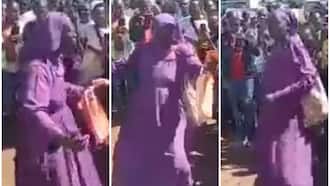 “This is what happens when you play your ass off literally. Peep the last post to see exactly what happened. At least now I know the squats are working. We can say I ‘ripped’ the benefits.”

The incident happened as the music band was performing their hit song melanin to the crowd in Cologne, Germany.

“They should invent stretchy kitenge.”

TUKO.co.ke reported Sauti Sol attending Nigerian superstar Burna Boy’s concert in Rotterdam and later on chilled with him backstage a week after kicking off their Europe tour.

On The Low hitmaker was happy to see the boy band, and he bid them goodbye before he began his performance.

During their tour, Sauti Sol will be travelling to concerts in a fully customised and modified recreational vehicle (RV). 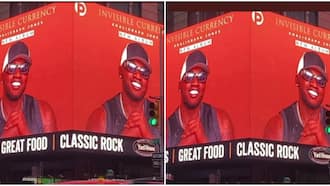 Sauti Sol kicked off their show in Barcelona, before proceeding to Madrid, Brussels, Paris, Rotterdam, Newcastle, Bristol Leeds and Manchester in the month of April.

The boy band will have a series of shows in Berlin, Hamburg, Koln, Hannover, Stockholm, Gothenburg, Oslo and Copenhagen.

In June, Sauti Sol will perform to their fans in Porto, London and Amsterdam where the streets are lined with red-light districts.